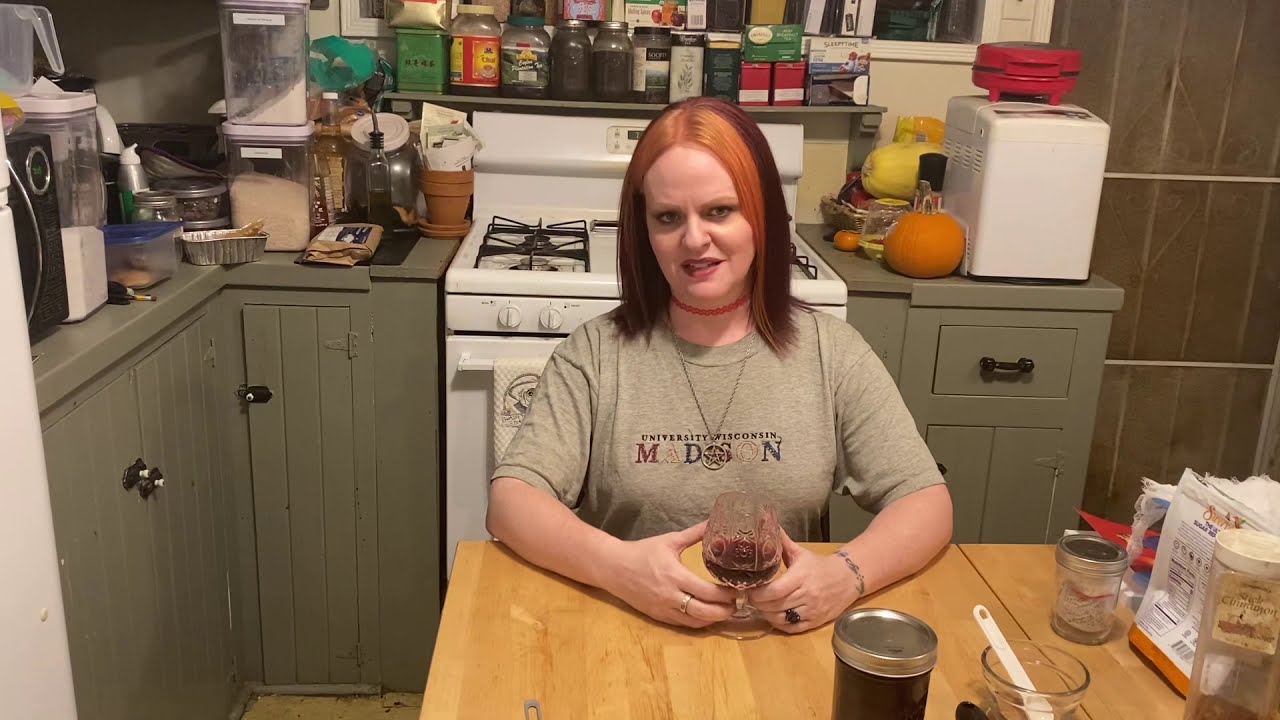 Hippocras
Hypocras is a medieval, spiced wine that is different from wassail (which we may do closer to Christmas and Yule). There are so many recipes for Hypocras and so many different spellings of it. Spiced wine has been a thing since the Roman era, for sure. Hippocras/Ypocras/Hypocras/etc. came from a recipe for piment in the 13th century. So, I mean, there’s that. The recipe I used here just uses a simple powder douce (ginger, cinnamon, sweetener, clove, and nutmeg), some extra sweetener, and some very inexpensive Cabernet (which, apparently, is my go-to red wine). You can also make hypocras with grape juice; you’ll want to adjust your sugar, accordingly.

The mulling spices are SO FUN to put together. You need to crush your cinnamon sticks and I, personally, would also crush the star anise. It’s very fragrant and will make a really nice gift for the folks on your list. You’ll definitely want to cut circles (unlike me) and you’ll definitely want to make a full cup of the spices (unlike me) and not just dump about a half cup of spices into one pouch (I have plans to make mulled wine for December 31).

Natty on the Patty – How a cheap beer helped me become more social after retirement
La Fée Absinthe Distilling, France