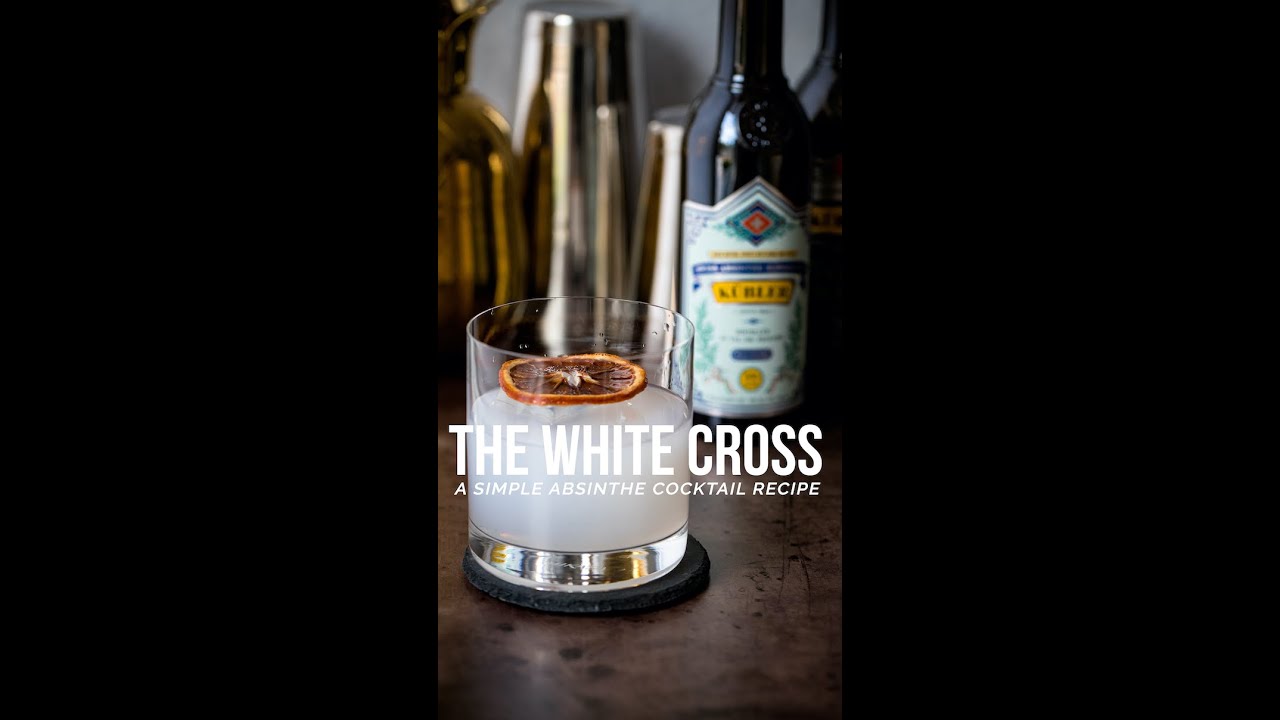 “The White Cross” is a super simple Absinthe cocktail – because delicious doesn’t have to be complicated. A perfect summer cocktail, that highlights the unique notes of Kübler Original Absinthe – lots of characters of fennel, star anise, and subtle citrus and mint.

Absinthe can be a very polarizing spirit, because of its illicit past, but also because of its unique flavor profile. It is also one of the most impactful spirits when it comes to cocktails, completely transforming a cocktail with no more than a dash or a rinse – because of having so much unique flavor and character. No two Absinthes make the same Cocktail, even in the smallest portions.

Build over rocks & garnish with an orange slice.

Kübler Absinthe is a traditional Swiss style of absinthe, hailing from the birthplace of Absinthe, Val-de-Travers, Switzerland. Currently produced by Yves Kübler, the 4th generation master distiller – in accordance with original family recipes dating back to 1863 and 1875, and only utilizing the highest quality wormwood, sourced specifically from the unique terroir of the region.

The ban on absinthe was lifted in the United States in 2007 after 92 years. This was achieved through the leadership of Yves Kübler, making Kübler Absinthe the first brand on the US market to come from the birthplace of absinthe in the Val-de-Travers, Switzerland. In spite of the ban, Kübler has been in continuous distillation by the same family since its origin in 1863.

Kübler is The Original from the Birthplace.