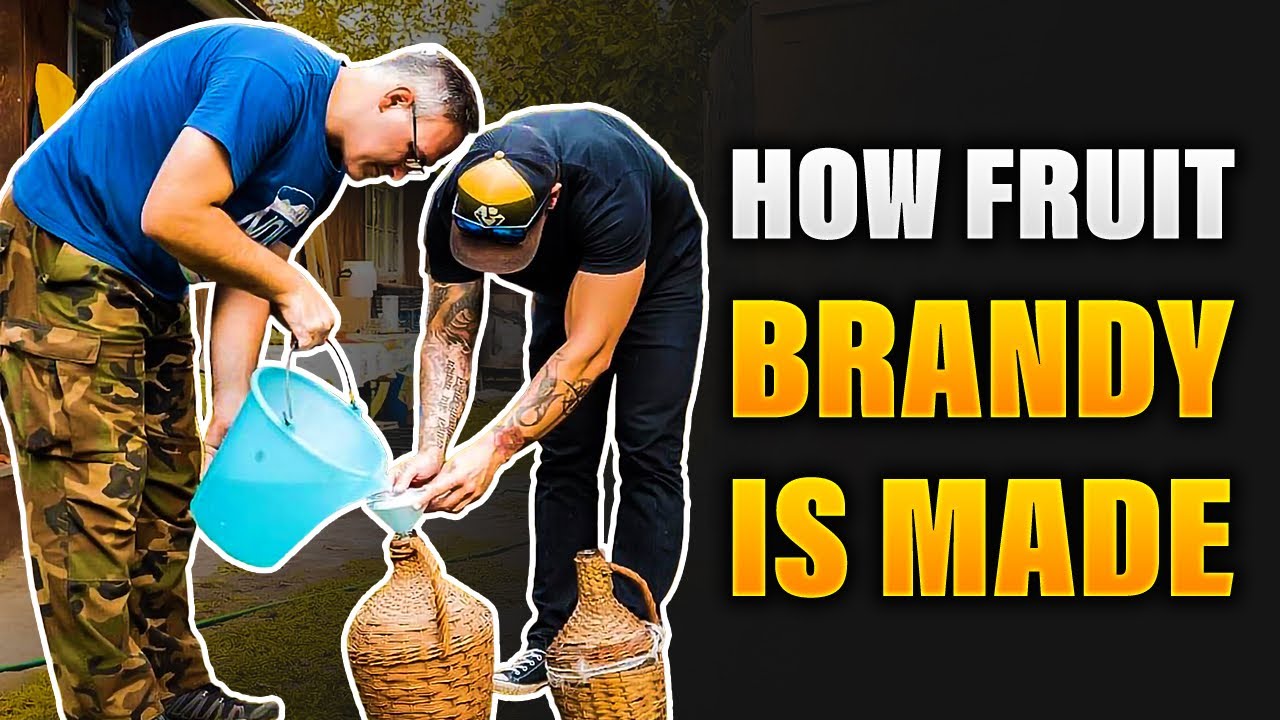 Brandy
Neven is a name you will know about in a few years when discussing fruit brandy. His attention to detail, respect to nature, and passion for distilling is something I truly admire and respect. I am so glad I got to learn from him and even more proud to call him my friend.

He distilled his first fruit brandies with his father, when he was eight or nine years old. He learned to make whiskey on an ADI internship at the Cedar Ridge Distillery in Swisher Iowa and plans to open a distillery in his native Croatia. Below is an excerpt from his article that was published in the distiller magazine:

My father and I were distilling pear brandy (home distilling is legal in Croatia) and we got in an argument about cuts, and I was educating him about the chemistry of distillation. You should have seen the look on his face.
My family has a generations-long tradition of distilling, with knowledge and skills passed from father to son. I have been distilling since the age of 8 or 9, when one autumn I first helped my father and my uncle to make fruit brandy. We produce various organic fruit brandies, primarily plum and pear, from the family’s orchards. Every year since then I have either assisted or run the still myself. One day I started thinking: Why not start my own commercial distillery? That is something I would actually enjoy doing. The spark was there. The twinkle reappeared. I knew deep down that this was it.
Neven is on his journey of making his dreams come true and Im looking forward to rooting for him and coming back to do a story about his distillery.

Additional Information about the distillation process:
The distillation is a process of taking a liquid mixture that contains lots of chemicals with different boiling points, boiling the lot of them, and controlling the condensation process. The more volatile liquids will boil sooner than the less volatile liquids, so they can be preferentially captured since they will condense sooner.

What Does The Terms Mean: Foreshots? Heads? Middle cut? Feints? Tails? A “cut” is when the output of a pot still changes from undesirable to desirable (or vice versa). When the cut is made, the liquid output from the still is literally redirected to a different receiver (container). “Heads” (also known as “foreshots”) precede the “middle cut,” which precedes the “tails” (also known as “feints”). The “heads” or “foreshots” can contain unsafe or unpalatable chemicals. The “middle cut” is the desired output of the pot still. The “tails” or “feints” are what comes out of the still after sufficient alcohol has been extracted from the still such that the concentration in the output is no longer high enough.

Additional Information About The Term Low Wines? This is the name given to the product of the first distillation in the pot still process of manufacture. It is the distillate derived from the wash and contains all the alcohol and secondary constituents and some water. It forms the raw material of the second distillation, which is carried out in the Spirit Still. The feints and foreshots are added to the low wines when the spirit still is charged.

Living the Dream on an ADI Internship